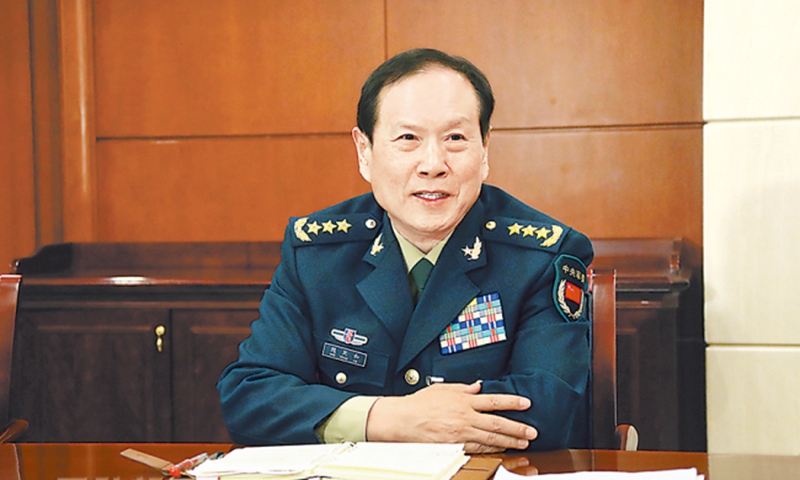 The visit to Sri Lanka of China’s Defense Minister General Wei Fenghe later this month,may be described as a “routine ministerial visit”. But seen in light of the developing situation in Sri Lanka and the South Asian and Indian Ocean region, the visit is significant.

China is keen on developing ties with India’s neighbors in South Asia to wean them away from New Delhi. Beijing is effectively using its infrastructural development program under the Belt and Road Initiative (BRI) towards this end. It is also strengthening its military ties albeit only incrementally so far. At present it is keen to project itself as a “benign” power only promoting joint prosperity unlike the Western powers whose aims are imperialistic.

On their part, the US-led powers have formed the “Quad” comprising the US, India, Japan and Australia to protect the Indian and Pacific Oceans from coming under China’s hegemony. They isee the BRI as a vanguard of China’s imperialistic project using financial debt to enslave recipient developing countries and reinforce subjugation by military might. TheWest is looking to outmaneuver China by military means. While this tactic may be appropriate in South China Sea, where China is using military muscle, it does not appear to be so in the Indian Ocean arena, where China’s intrusions are economic through its BRI, rather than military.

However, given the reality of the militarization of the Indian Ocean and South Asia due to Quad, and also because of the border and sovereignty conflict with India, China is building up military ties with Nepal and Sri Lanka, besides consolidating its existing politico-economic and military ties with Pakistan. In December 2020, China’s Defense Minister Wei Fenghe visited Pakistan and Nepal. He will be in Sri Lanka this month.

China greatly helped Sri Lanka militarily during the 1990s by selling weapons to the beleaguered nation when it was fighting the Tamil Tiger separatists without any help from other countries. But military sales, and along with it military cooperation, ceased after the war. Military ties were reestablished in 2019 when China ‘gifted’ a refitted frigate. But a Chinese attempt to establish an aircraft repair facility in Trincomalee was thwarted by India.

In 2014, a secret visit of a Chinese submarine to Colombo incensed New Delhi. The alarm bells that this rang in New Delhi sent Indo-Lankan relations into a tailspin. As a consequence, Sri Lanka had to promise India that it will not allow any foreign military bases on its soil and that India’s security interests will never be jeopardized by it. Colombo joined joint naval exercises with India and at India’s insistence, even established a Secretariat to coordinate India Ocean Maritime Security activities.

However, Sri Lanka is uncomfortable about being drawn into military conflicts between major powers. As Foreign Secretary Adm.Prof. Jayanath Colomboge put it at a seminar in October 2020: “We are watching what is happening in the Quad. Do we really need a quad? Will Quad not give rise – not to a cold war – but at least a cool war in the Indian Ocean? These are some of our concerns. We are observing the rise of Quad as an exclusive military alliance. That is the problem. If Quad is aiming at economic revival, there are no issues.”

The recent intrusion of an American warship into the Indian Exclusive Economic Zone (EEZ), without informing India, only to demonstrate “freedom of navigation” will be cause for concern not only to India but also to Sri Lanka. The US and other powers, including China, could take unilateral steps pushing Sri Lanka into the vortex of an armed conflict between big powers.

However, the Chinese Defense Minister’s forthcoming visit notwithstanding, China’s relations with Sri Lanka will be predominantly economic and development–funding oriented, with a possibility of enhanced military cooperation being in the long term, in the future, depending on the level of big power belligerence in the Indian Ocean.

On April 12, a US$ 500 million Foreign Currency Term Financing Facility (FTFF) was signed in Beijing between the China Development Bank (CDB) and Sri Lankan Finance Ministry. This is the second tranche of the total RMB 2 billion plus (US$ 1 billion) FTFF pledged to Sri Lanka after the outbreak of COVID-19 pandemic. This FTFF was requested by the Sri Lankan government due to the current financial situation in the island nation and the stress of fighting the COVID-19 pandemic. The FTFF is with a maturity period of ten years (including a grace period of three years), which is the longest tenure of term financing facilityfor Sri Lanka. The financing cost is highly competitive and is the same as the first tranche, the Chinese embassy said.

Earlier in March 2021, the Chinese and Lankan Central Banks had entered into a bilateral currency swap agreement amounting to CNY 10 billion (US$ 1.5 billion) valid for a period of three years, with a view to promoting bilateral trade and direct investment in eco-social development projects.

In his Sinhala-Tamil New Year message this month, the Chinese Ambassador in Sri Lanka Qi Zhenhong said that tangible outcomes have been constantly achieved in the development of the China-funded Colombo Port City and Hambantota Port projects. Qi described these two projects as the “new duo engines of Sri Lanka’s economic growth.”

Ambassador Qi pointed out that “in various international fora, our two countries have been supporting and cooperating with each another, upholding international fairness and justice, and safeguarding the common interests of our two nations and other developing countries at large.”China has provided 600,000 doses of its Sinopham vaccine, though their use is yet to get official nod for use because China is yet to provide all the technical data sought by a Lankan Expert Committee.

Sri Lankan President Gotabaya Rajapaksa told President Xi in his phone conversation that Sri Lanka is willing to work with China to expand cooperation in fields like infrastructure and tourism, and smoothly advance major projects such as the Colombo Port City. Sure enough, the long delayed new set of international business-oriented laws for Colombo Port City were published after the conversation with Xi.

These laws will now have to be passed by parliament. But passage through parliament may not be smooth as Lankan nationalists have alleged that the laws will create an island of privilege in a poor country and that Sri Lankan sovereignty will be severely abridged by them. The radical left-nationalist Janatha VimukthiPeramuna (JVP) has said that the Colombo Port City will become a privileged Chinese colony on Sri Lankan soil because only Chinese companies will invest in it (given the opposition to China and its projects among Western investors). 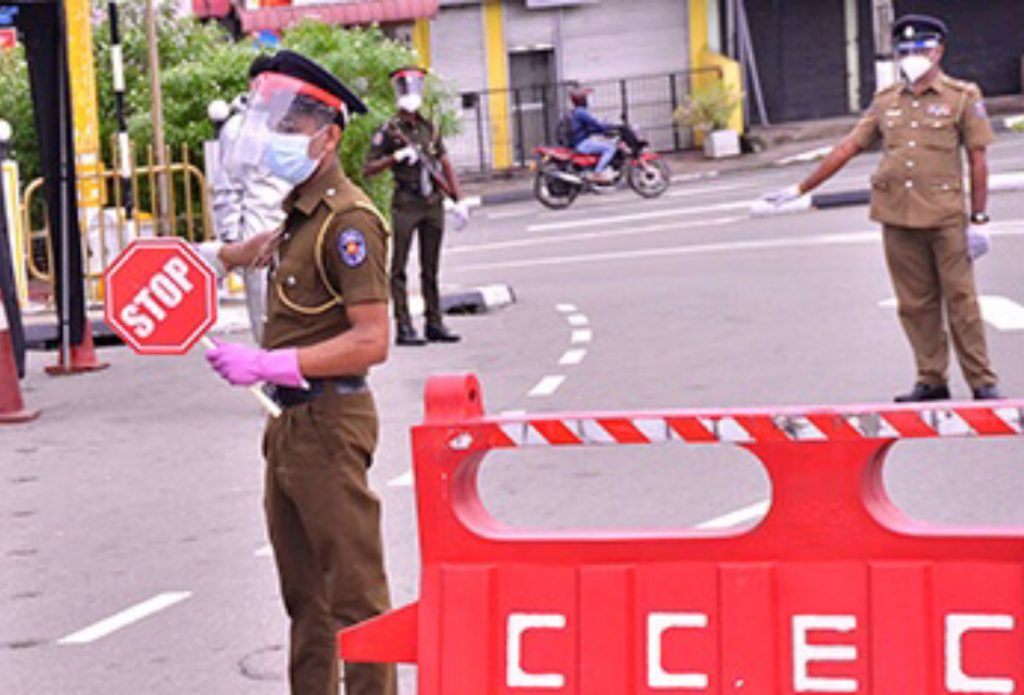 Covid deaths and infections on the rise, medical professionals ask... 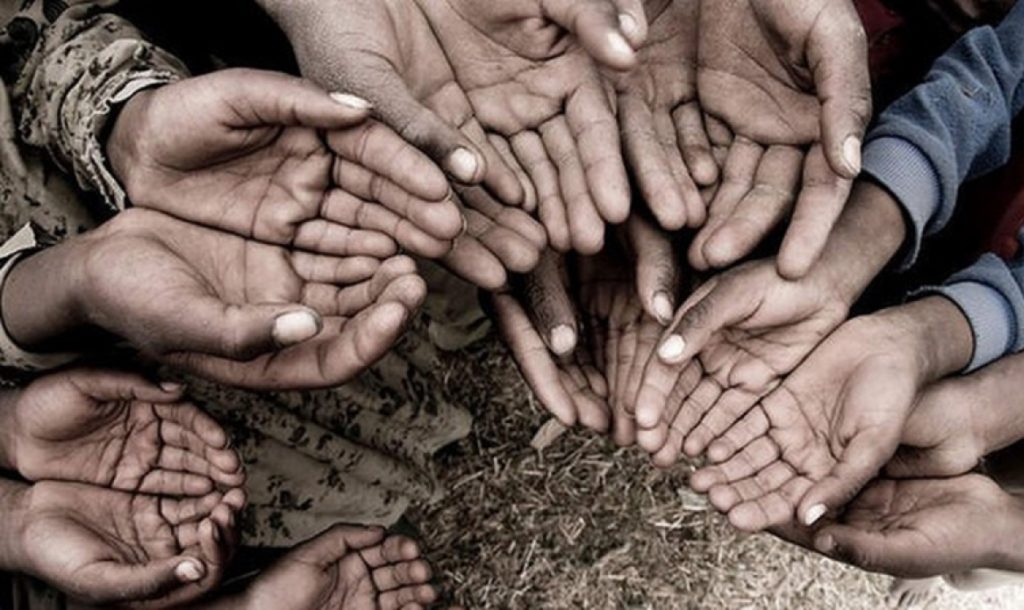 Moving the Business and Human Rights agenda forward in Sri...